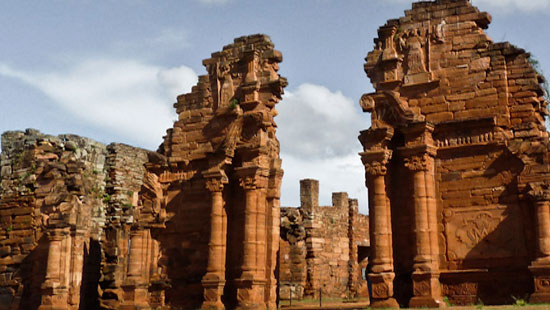 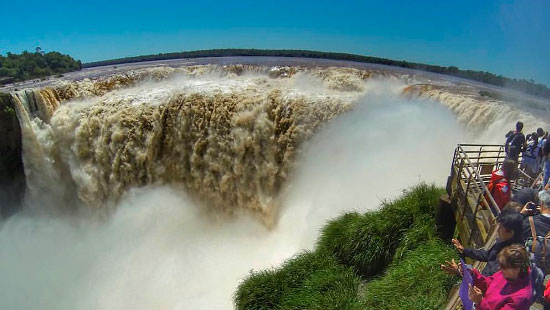 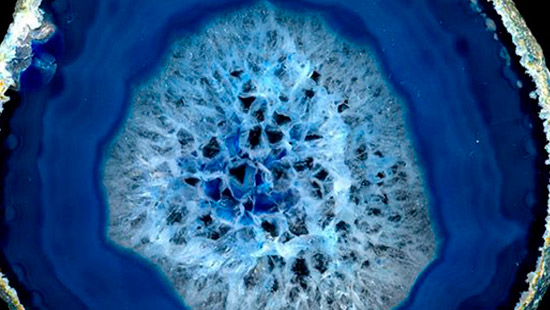 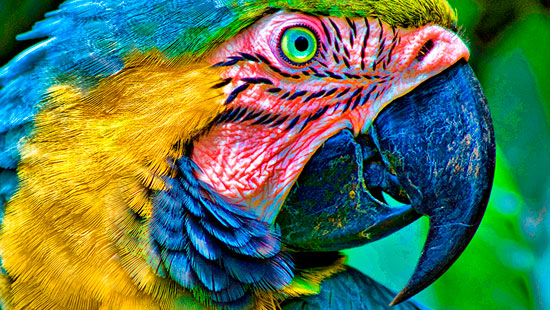 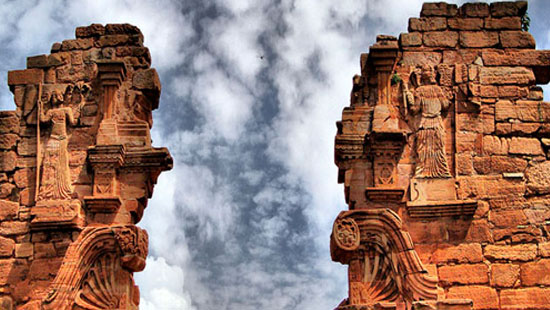 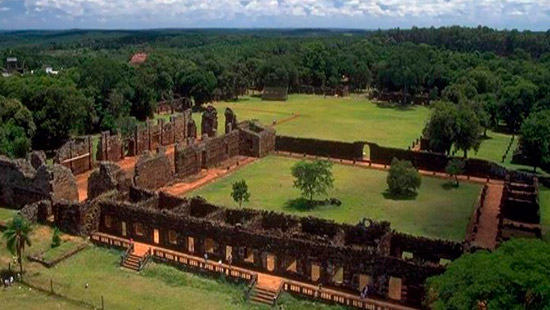 The waterfalls, an UNESCO World Heritage site in the Argentine side and named as one of the New 7 Nature wonders of the world, will make you gape with its perpetual thunder, the hoarse roar of a savage animal. Besides visiting the waterfalls you will transit mountainous grounds, wavy and red roads, alternating between the side of the voluminous Paraná and through the green of the jungle. You also will see the San Ignacio Mini, the most outstanding archeological historical resort of the Jesuit Settlement and Wanda Mines dedicated to the extraction of semiprecious stones.

You will begin your tour to Iguazu falls taking off from the airport of Buenos Aires. Once you land in Iguazu a tourist guide from 01argentina will be waiting for you with a sign with your last name to transfer you to your Hotel in Puerto Iguazu town. He also will provide you with the exact pick up time for each of the excursions you will be taken. After doing the Check in at the Hotel you will have some free time for personal activities or to relax with the facilities of the hotel.


After breakfast, you will leave for a full day excursion to San Ignacio Ruins and Wanda mines. The first stop is at the Wanda mines, a deposit of semiprecious stones which are formed below the hard surface basalt rock and they are magically transformed into jewels and decorative pieces. There is also a store where you can buy sculpted stones and jewelry. Later, the excursion continues along route 12, passing by small towns and plantations of tea and “yerba mate”, typical economic activity of the region, until it arrives at the Ruins of San Ignacio “Miní”.

This construction dates back to the 17th century, when the Jesuit missionaries settled in the region. The guide will explain you the construction system, the life and customs of the Guaraní Indians, and how they were Christianized. When the Jesuits were ejected, these constructions were almost completely destroyed; the ruins remained hidden in the jungle and were declared Mankind Heritage by UNESCO. Late in the evening you will return to the hotel in Puerto Iguazu.

After breakfast, you will leave for a full day excursion to the Argentine side of Iguazu Falls starting from the lobby of your hotel. You will visit a National park that was created in 1934 and it contains one of the greatest natural beauties of Argentina, the Iguazu Falls, surrounded by the subtropical jungle. This Park is considered as an outstanding universal value for being a so extraordinary area of cultural and natural importance that transcends national boundaries and becomes important for present and future generations of all humanity. During the excursion you will be guided around several paths inside the National Park to witness the incredible view of more than 200 falls, visiting the Green Way, the Upper and Lower Catwalk and the Devil´s throat paths using the forest train. At the end our tour guide will drop you off in the lobby of your hotel.

After enjoying a delicious Buffet Breakfast again in the hotel, our English-Speaking tourist guide will pick you up in your hotel in order to take you to the Brazilian side of the Iguazu falls. The Brazilian National Park was also declared a World Natural Heritage for being a natural reserve of paramount importance in South America. The main attraction is the contact with the great deal of fauna that can be seen through the light that enters the green roof of the rainforest as well as the world famous Iguazu falls that form a circle of 2700m of width around the four falls. Torrents of water, whose roar can be heard for miles, plunge some 250 feet down. The panoramic view is unbeatable since the walkway circuit is directly in front of the waterfalls.

Once the tour is finished we will leave you in the hotel and in the evening we will transfer you to the airport of Iguazu to take the flight back to Buenos Aires.

The Iguazu falls tour doesn't include:

This trip can be tailor-made for a time to suit you and can be adapted to suit your interests, budget and requirements as necessary